The David L. Weaver Endowed Lecture Series in Biophysics and Computational Biology is dedicated to the memory of David L. Weaver, a prominent biophysics researcher and professor at Tufts University.

The 2021 David L. Weaver Endowed Lecture will be held on Wednesday April 21 from 3 to 5 pm PST on Zoom (Meeting ID: 913 6219 6818; Passcode: 437603). This year's speaker is Professor Eva Nogales. Eva Nogales is a Professor Biochemistry, Biophysics, and Structural Biology at UC Berkley. Nogales' talk is titled "Complexity and modularity in large human transcriptional cofactors."

In eukaryotes, protein-coding genes expression involves the integration of cellular signals, chromatin modifications, and assembly of the transcription pre-initiation complex (PIC) that loads RNA polymerase II onto the promoter. PIC formation is initiated by recruitment of the

TATA-binding protein (TBP) to the promoter by protein complexes containing TBP-associated factors (TAFs). Throughout evolution, these TAFs partitioned into two distinct coactivator complexes: the general transcription factor TFIID and the SAGA complex. Our structural studies on human TFIID elucidated its molecular function as a chaperone for TBP deposition and initiation of PIC assembly. TFIID contains three large modules, A, B and C. Lobes A and B are built on a core of histone fold-containing subunits and TAF5, with additional subunits conferring distinct functions. In particular, lobe A includes TBP, which is kept in an inhibited state by interaction with several TAFs. Following binding to downstream core promoter sequences, and with the help of TFIIA via its interaction with lobe B, TBP is ultimately deployed onto DNA, where it can initiate PIC assembly. The SAGA complex has been implicated in a multitude of cellular pathways, including serving as a regulatory hub in transcription. It contains several functional modules: a core of scaffolding histone fold-containing TAFs that parallels those found in TFIID’s lobe A; a TRRAP; a histone acetyltransferase; and a deubiquitinase that removes H2BK120 ubiquitination from active gene bodies. Studies of yeast SAGA have revealed its modular organization and structural details for some of its modules. Our cryo-EM structure of human SAGA reveals a divergent architecture that have functional implications in transcription and splicing with relevance in genetic diseases and cancer.

Read more about Nogales and the upcoming Weaver Lecture here. 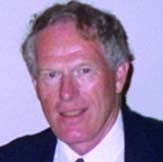 Dr. Weaver made significant contributions to the understanding of protein folding. He was impressed with the research and faculty at the UC Davis Genome Center, where he was planning to spend his sabbatical year 2006-2007. Dr. Weaver focused his early research on high-energy physics, studying photon production and elementary particles. He spent a year and a half as a NATO Fellow at the European Center for Nuclear Research (CERN), in Geneva, Switzerland, where he met his wife, Elena Weaver. After his time at CERN, he returned to Tufts and began to think about how he could apply his physics background to problems in biology. While he continued to make significant contributions in high-energy physics, for which he received tenure at Tufts in 1969, Dr. Weaver's interests continued to shift towards some of the key unsolved problems in biology. At the University of Rome, Italy, as a visiting CNN Fellow at the Frascati National Laboratory, he became more and more interested in applying his mathematical skills to gain a better understanding of molecular dynamics. He visited Dr. Martin Karplus at Harvard during a sabbatical in 1972, and they began a collaboration that culminated in a paper about a then theoretical diffusion-collision model for protein folding (Nature, 1976). The Diffusion-Collision Model was ahead of its time because the data needed to test it were not available when it was published in 1976. But by the mid-1990s experimental studies had shown that the model did indeed describe the folding mechanism of many proteins. The field has been completely transformed in recent years because of its assumed importance for understanding the large number of protein sequences available from genome projects, says Karplus, and because of the realization that misfolding can lead to a wide range of human diseases. Dr. Weaver received grants from NASA, NATO, Bruker Optics, and the NIH to establish computer facilities at Tufts where he continued to work with students, Dr. Karplus, and other collaborators to improve his understanding of important biophysical problems. He was a regular visitor at labs overseas and in the United States, and he authored or co-authored a number of significant scientific publications. He held degrees in Chemistry from Rensselaer Polytechnic Institute and in Physical Chemistry from Iowa State University. A Fellow of the American Physical Society, Dr. Weaver also served as the chair of the Tufts Department of Physics and Astronomy from 1989 to 2002. He was born in Albany, NY, on April 18th, 1937. David Weaver possessed an easy manner, a sense of fairness, curiosity and an enjoyment of life that was evident in his teaching and relations with colleagues. All who knew him will miss his kind and cheerful humor, his smile, and his generous spirit.

The endowed lecture series was established by David's family, just one of many ways in which people have helped make a difference in advancing UC Davis' commitments to teaching, research, and public service.